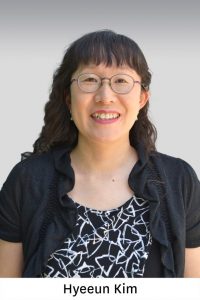 Hyeeun (pronounced Hae-en) works as a full time lecturer in Counselling at Laidlaw College. She is also a Presbyterian minister (PCANZ & PROK), experienced trauma counsellor (MNZAC) and clinical supervisor. Originally she migrated from Korea, and has worked both in ministry and counselling for many years. Hyeeun has worked with the organisations such as Problem Gambling Foundation; Hospice South Auckland Health; Counselling Services at the University of Auckland; and Counselling Services Centre (South Auckland). Her area of experiences and expertise are trauma including abuse and violence; complex grief, loss and bereavement issues; depression and anxiety; family dynamics and parenting; migrants and refugees; addiction, stress management, anger, relationship issues, and Employee Assistance Programme (EAP). Her doctoral research was a study of 1.5 generation Kowis’ (Korean-Kiwis’) experiences as parents and the influences on their parenting, which was nominated for the Vice-Chancellor’s Prize for Best Doctoral Thesis at the University of Auckland. She is married with two children, and continually searching ways to make life really meaningful and fun at the same time

Malcolm first contributed to KCML as part of the team that hosted and taught the Knox Music Scholarships from 2008 to 2012. Malcolm was a parish minister in the Bay of Plenty from 2008 to 2012. He has been involved in teaching the KCML worship course of the Ministry Internship since 2013, first alongside the Very Rev Dr Graham Redding (2013-2014), and then the Rev Dr Mark Johnstone (2015-2019). From 2014 to 2019, Malcolm worked for the Knox Centre as the Worship, Music and Arts Enabler, encouraging creativity throughout the church, and pioneering such projects as the Illustrated Gospel Projects (illustratedgospel.org.nz). Since his role concluded, Malcolm has been working on his doctoral studies at the University of Otago, while continuing as an adjunct lecturer at KCML. Malcolm also teaches on worship at Laidlaw College and Carey Baptist College. He is a songwriter and liturgist, and he and his family worship at Flagstaff Community Church in Dunedin. The twilight cricket team that Malcolm captains made it through the 2020/2021 season undefeated in the social grade.