Steve was born in Papua New Guinea and initially worked on orchards in Central Otago before training for Baptist ministry and serving in church planting and pastoral ministry in Auckland and Christchurch. He has lectured for Laidlaw College, Uniting College for Leadership and Theology and Flinders University and as an Adjunct Lecturer at Carey Baptist College, Fuller Theological Seminary, Tabor College, University of Otago and Charles Sturt University. His interests are in missiology, practical theology, indigenous Christologies and popular culture.  He has been a film reviewer for Touchstone magazine since 2005, is the author of The Out of Bounds Church? and Built for Change and gained a Flinders University Vice-Chancellors Excellence in Teaching Award in 2015. He speaks across a range of denominations and countries in areas of innovation, missiology and being church today. He joined the Knox team in 2015 as Principal, after serving as Director of Missiology, Post-graduate Coordinator and Principal of Uniting College for Leadership and Theology in Adelaide, Australia. He is married to Lynne Taylor and they enjoy two teenagers and the beauty of Otago Peninsula.

Mark moved from Secondary School teaching to work in student ministry with Tertiary Students Christian Fellowship (NZ) before being ordained in the PCANZ in 1998. He served at Wadestown Presbyterian Church in Wellington before leaving for the U.K. to work with the Church of Scotland in a church planting and community ministry role in Aberdeen. He has been instrumental in exploring and pioneering new patterns of worship and community, and latterly community ministry. He joined the Knox Centre in 2009 and coordinates the Auckland and Northern operations of the Centre. He maintains interests and teaches in the missional transitioning of church, leadership, and Fresh Expressions and has completed a Doctorate of Ministry with Alan Roxburgh and Mark Lau Branson at Fuller Theological Seminary. He is married to Carolyn Kelly with 2 adult children and one teenager and is enjoying living in central city Auckland, walking, leaving the car at home and doing up an old council flat. His current research and practical interests are in the geography of cities and neighbourhoods and how we might comprehend mission in the built environments we live in.

Lecturer and Dean of Studies 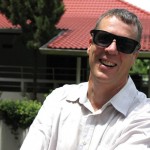 Geoff New commenced as Dean of Studies in 2015. His employment background was as an Employment Officer (Dept of Labour) in South Auckland and working in Human Resources for the Manukau Housing Corporation. In 1993, Geoff began his study for Bachelor of Ministries majoring in pastoral care at the Bible College of NZ (now Laidlaw College). In 1996-1997 he attended the School of Ministry (Knox College) as one of the first three ordinands in the newly developed Ordination Studies Programme. In 1997 Geoff was called to Papakura East and Hunua Presbyterian Church where he was minister until appointed Dean of Studies (KCML). During his time at Papakura East, Geoff was also a Police Chaplain for five years for the Counties-Manukau Police District, lectured in preaching for five years at Laidlaw College, lectured on occasions at Carey Baptist College and since 2011 has been a trainer for Langham Preaching (nz.langham.org) with responsibility in South Asia. Since 2012 he has been the director for Kiwimade Preaching (kiwimadepreaching.com) which is the NZ expression of Langham Preaching. Kiwimade Preaching aims to encourage, challenge and resource preachers within the NZ context. Geoff was awarded a Doctor of Ministry degree in 2011 through the Australian College of Theology. His thesis was entitled: “Back to the Future: The impact of the ancient disciplines of Lectio Divina and Ignatian Gospel Contemplation on contemporary preaching.” Geoff is married to Ruth. They have three adult children: Rebekah (married to James), Josiah and Luke. Geoff enjoys indoor rowing, biking, silent retreats and movies (not silent). 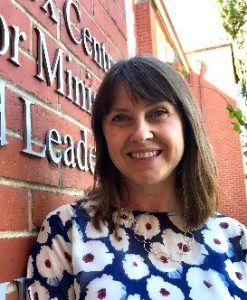 Susan began on a casual basis at KCML in March 2017 assisting Registrar, Catherine Van Dorp prior to her departure the month following. The role has changed a little since Catherine left, with much of the financial reporting and processing now handled by our Wellington office. Susan works 18 hours per week (Monday, Wednesday and Thursday) and undertakes a variety of administrative duties. With a background in banking, finance and administration, the position and hours of work were a good fit for Susan and KCML. She lives locally with her partner David, and two teenage children, Cameron and Darcy, and spends a good portion of her two days off per week volunteering, organising and attending events associated with her son’s school and musical pursuit’s and daughters school, sporting, and dance activities.